Let’s face it, the food we eat and the kind of diet we follow evolves as the years pass. Back then, the way we eat was just as simple as following the food pyramid. Nowadays, certain individuals would try to keep away certain food groups while others are ill-advised actually to consume them. The reason? Some individuals do not have the same tolerance capacity as others.

Some people are allergic or sensitive to certain foods. Some of the most common triggers to food allergy reactions include milk, peanuts, shellfish, eggs, dairy, and many more. Others, on the other hand, are allergic to gluten.

Gluten – What is it?

There is a lot of controversy on the topic about gluten intolerance. Gluten intolerance has become more common than ever in recent years. There have been plenty of gluten-free movements in terms of health and nutrition. It is said that intolerance to gluten causes a lot of health conditions for some people, celiac disease being the most common. To better understand the issues surrounding gluten intolerance, it is important to know what gluten is.

In its simplest definition, gluten is a composite that belongs to the protein lineage. These proteins are generally contained in foods like certain cereal grains, including barley, wheat, and rye.

There are two types of gluten proteins, glutenin, and gliadin. The protein gliadin is reported to be the culprit of many adverse effects to the health. The most common type of gluten consumed is wheat.

When water is combined with flour, the protein creates a sticky pattern with the consistency of glue. This glue-like substance creates elasticity in the dough, which then makes the bread rise and gives a chewy texture.

What are the problems caused by gluten intolerance?

People with health problems can be affected negatively by gluten intolerance. These problems include:

One of the most reported forms of gluten intolerance is celiac disease. It is also one of the most severe as it affects about 1% of the population. It is an autoimmune disorder where the body attacks gluten which then causes damage to the gut wall.

People who have this condition do not usually have celiac disease. However, they have adverse reactions after eating gluten.

This is a chronic condition involving problems with the digestive system. However, it can often be treated with proper diet, changes in lifestyle and managing stress.

This is a condition common to problems caused by being allergic to foods containing wheat. This includes bread, pasta and even certain types of rice.

What are the signs and symptoms of gluten intolerance?

Bloating is one of the signs to indicate gluten intolerance but not the most highlighted. This is because bloating can indicate other digestive problems.

If this is a condition that happens very frequently, it could be a sign of gluten intolerance especially after eating food containing gluten.

It is reported that people who are gluten intolerant are prone to headaches and migraines than most. If this is a condition that you feel at a daily basis without any reason, it could be a sign of gluten intolerance.

When there is a dramatic loss of weight followed by loss of appetite, it can be another sign of gluten intolerance. However, weight loss can also be a cause of concern for other problems.

Problems with the skin would usually signify poor absorption of certain essential nutrients. Moreover, there are problems with the immune system. Skin problems like psoriasis and alopecia areata have been reported to occur in individuals who are gluten intolerant.

How to counter sensitivity to gluten naturally?

Having a problem like gluten intolerance can be difficult. It can create a lot of discomfort as much as it is embarrassing. When you are experiencing the symptoms of intolerance especially after eating gluten, it is advised to visit your doctor and have some blood tests. This is to check the severity of your condition especially when it comes to gluten.

However, there are also specific home remedies you can try to lessen the problem and symptoms. Often, preventive measures can come in the form of lifestyle changes and diet. Certain foods to avoid when you are allergic to gluten include:

Below are five remedies you can find to manage the sensitivity:

Chamomile is an ancient remedy used for centuries because of its antioxidant and anti-inflammatory properties. These herbs can help lessen discomfort from bloating and gives a soothing effect while relaxing the digestive tract. Just drink this as a tea as needed in a day to help relieve symptoms.

Probiotics have already been proven to help bring back balance to our gut flora and helps with proper digestion. These foods also contain nutrients that can improve our immune system. This kind of foods includes yogurt.

Horsetail tea is another age-old remedy that can lessen pain from inflammation especially around the intestinal lining. Drinking horsetail tea regularly can reduce the symptoms and eventually make sensitivity to gluten much lesser.

For our body to work normally, we require water. For people who are sensitive to gluten, water should be primarily consumed to lessen the symptom and help the body flush out toxins. 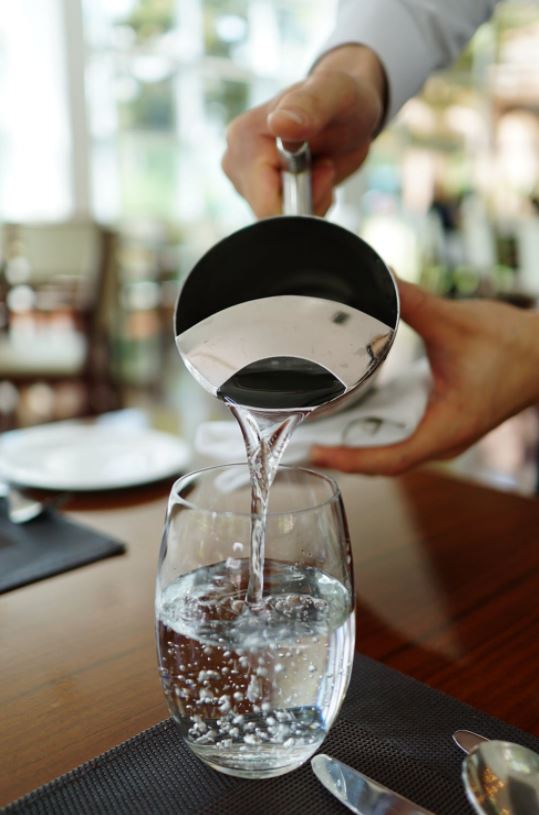