When our body breaks down purines, it naturally produces a chemical called uric acid. Purines are compounds that flow into our blood. It is formed when the cells in our body naturally break down.

In the same way, purines are also produced when our body breaks down certain foods we eat like mushroom, sardines, green peas, and beer. Our body naturally filters and remove excess uric acid through the kidneys and to the urine.

However, when we consume too much of these foods, the body can’t keep up with eliminating the byproduct, therefore causing an accumulation of uric acid in the blood.

What happens when our uric levels are high?

When there is an increasing amount of uric levels in our body, it can usually lead to a common medical condition called gout. Gout is known as a form of arthritis, and it is generally described as painful or tender sensations in the joints. It is especially prevalent in the ankles and toes.

There are also other gout symptoms that are characterized by swollen joints, discolored or reddened skin surrounding the joints or that the affected area is hot when touched.

Other health conditions that are caused by too much uric acid in the body also include:

To determine how much uric acid is in the body, a uric acid test is usually done to know how much to remove from the body.

So, how do we lower uric acid levels in the body?

Maintaining a particular lifestyle and eating specific foods are usually the key to get rid of excess uric acid levels in the body. Below are top ten habits you can follow to naturally lower uric acid levels:

To faster flush out the excess uric acid in the body, drinking more water usually helps. Make sure to have at least eight glasses of water daily.

You can also keep a bottle of water with you at all times and remind yourself to take sips at different times of the day. 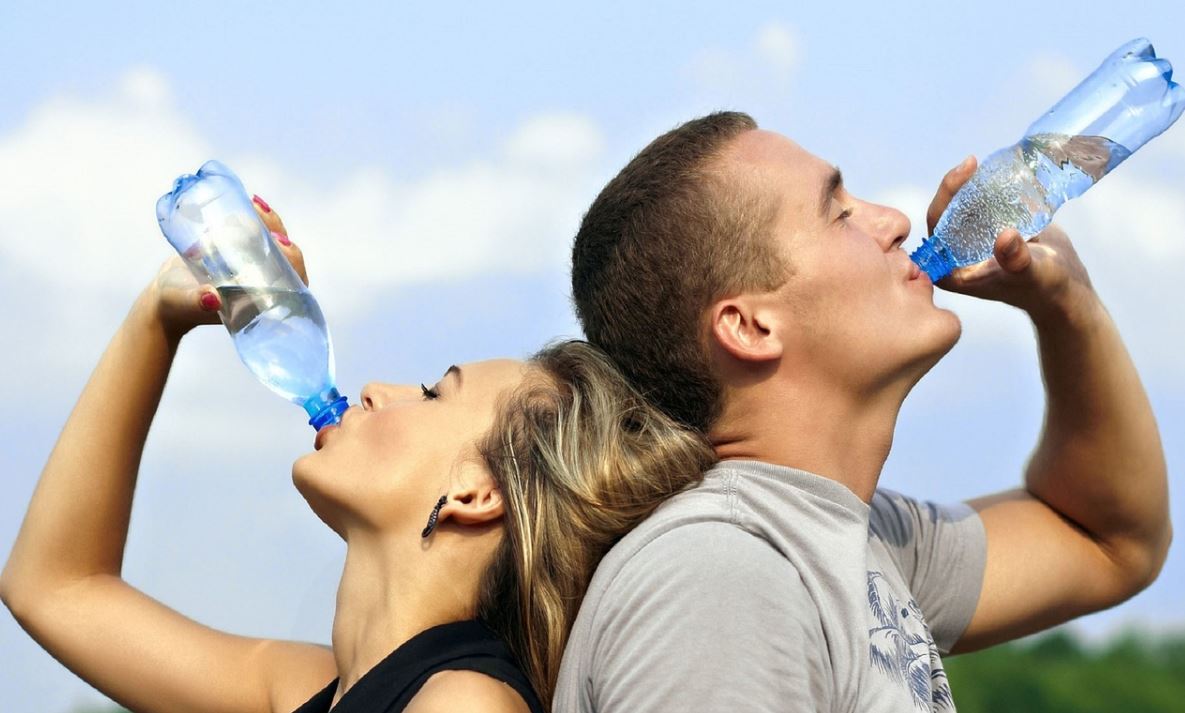 Foods that contain purine are usually responsible for the rise of uric acid levels in the body. Foods rich in purine would include certain types of seafood, meat, and vegetables.

To lower your levels of uric acid, avoid eating foods like:

Not only drinking alcohol makes you dehydrated, but it can also increase uric acid levels. Certain types of alcohol that contain high levels of purine include beer. To avoid an increase of uric acid levels and risk of gout, it is best to avoid them altogether.

Some scientific studies also report that sugar may also be responsible for increasing uric acid levels in the body. Processed sugars like corn syrup, artificial sweeteners, and table sugar can lead to an increase in uric acid levels.

To avoid this, eat whole, fresh foods like fruits instead of food that comes in refined packaging.

When we’re stressed, we tend to give in to unhealthy habits like poor sleep quality, overeating, and lack of exercise. These habits can cause inflammation to the body. When our body becomes inflamed, it inhibits our ability to filter out excess uric acid causing it to build up instead.

Try to minimize stress levels by practicing breathing exercises, or doing some light to moderate exercises. Also, make it a routine to get enough sleep daily by:

o    Putting away gadgets at least two hours before bed

o    Avoiding drinking anything with caffeine after lunch

Just like practicing breathing techniques, you can lower uric acid levels by staying active and losing weight. By doing so, exercising also minimizes stress and keeps you healthy at the same time.

Not only that, exercising helps reduce fat cells which usually triggers an increase in uric acid levels. Include at least an hour doing light to moderate exercises like jogging or swimming a few times a week.

Some medical studies have also shown that having more vitamin C in the body can help lower uric acid levels by reducing inflammation. Make sure to add foods that contain lots of vitamin C in your diet like:

There are some medications you’re taking that you might not be aware of is triggering an increase in your body’s uric levels. Look out for specific types of medication or supplements and make sure to take minimal doses.

It is also important to check your blood sugar or insulin levels at all times. When there is excess insulin in the body can also lead to an increase in uric levels in the body as well. Not only that, but too much insulin can also make you gain weight.

Make sure that this is consistently monitored to avoid the risks of type 2 diabetes and other related health disorders.

With a healthy combination of diet, sleep and exercise, it is not difficult to overcome various illnesses including ones caused by excess uric acid levels. In addition, always pay attention to your doctor’s recommendations and make sure to follow that medications are being prescribed.

Eating the right foods is also what you need to reduce uric acid levels and avoid health problems. You can even talk to a dietician or nutritionist to help what foods can help you best.

Love reading this article? Share it on your social media by clicking the icons below